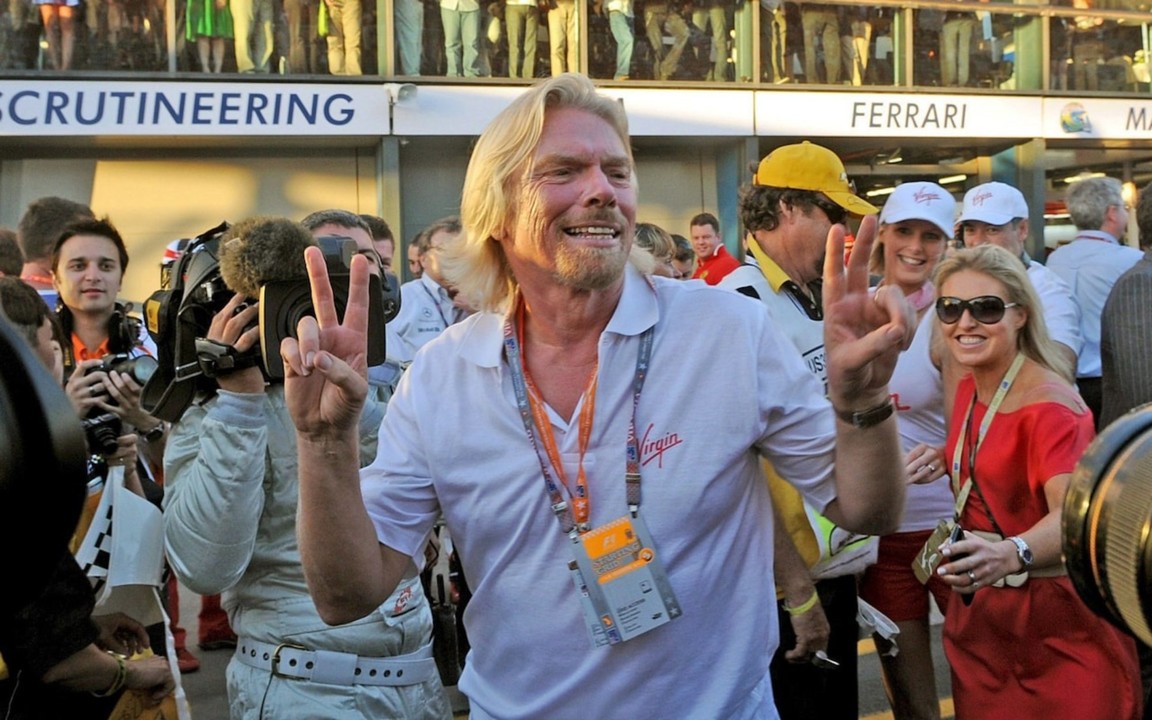 F1 is also the best example, a laboratory, of how innovative companies are managed and changed every day; of modern leadership techniques used in the heat of each day vs big celebrities of F1 = the drivers. And many more.

Jenson Button [former World Champion – for Formula 1 neophytes] has written an autobiography disclosing events and information yet unknown to the wider public. The Telegraph published a fragment of that book. That fragment, read below, describes the situation of misbehaviour by Sir Richard Branson, worldwide business and leadership guru.

What I’ve learnt from that story?

Nobody’s perfect – even the biggest personalities make mistakes. We should not look at them as 'gods’ – they are humans as each of us, with their misbehaviours which may happen everyday.

But – good leaders take ownership for their behaviours. Sir Branson apologised later for what he did. And that is an example each of us should follow.

At the Australian Grand Prix of 2009, me, my girlfriend Jessica, my manager Richard Goddard, Dad and a few others decided to get a bite to eat at Nobu. I can’t remember how far we’d got through the meal when we became aware of a kerfuffle. His Royal Highness Sir Richard Branson was arriving. And he was very, very drunk.

Earlier in the day, and with a bevy of flag-bearing dolly birds in his wake, Sir Richard had marched up and down the paddock, waving, grinning and giving the thumbs up to his adoring public, who were, in fact, wondering what he was doing there in the first place. The reason, of course, was that he – and Virgin – had a couple of stickers on our car.

I can’t say he’d won a lot of admirers with that stunt, but at the end of the day he’s national treasure Sir Richard Branson, famous publicity seeker, so you cut him some slack. It’d be like hating a dog for barking at the telly. It’s just what they do.

What he did in the restaurant was less excusable. However, before I go on, it’s only right and proper for me to point out that he apologised for what happened that night, and even said that he gave up drinking for months afterwards.

He lurched over to our table and plonked himself down and started behaving like a party-starter. I had to make a toilet visit so I didn’t see what happened next, which was that he leaned over to Jessica and told her, “Stop staring at me.”

She pointed out that she wasn’t staring at him. “Stop staring at me,” he insisted. Although Jessica was a model she was quite shy, so this was making her feel uncomfortable. Especially when Sir Richard followed up his blatant flirting by putting his hand on her face.

“Look, I think you better leave,” warned my manager Richard, “or you’re going to get chinned when Jenson gets back.”

Actually, I’m not in the habit of punching knights of the realm in Nobu, so there was never any real danger of that happening – certainly not the night before a race – but even so I was furious to return and find His Excellency with his hand on my girlfriend’s face.

“Hold on,” I said, “that’s enough. That’s well out of order.” But he was so hammered that he simply didn’t understand what the problem was. The next thing we knew he’d stood up from our table and tottered over to a party of 10, where one of the diners, presumably unaware of quite how drunk he was, handed him a baby, hoping to get a picture of him holding it.

Sir Richard not only proceeded to pick up the baby, but stagger around the restaurant with it, gradually getting more and more careless, until at last he returned the child and left.

At our table we were looking at each other incredulously. “I can’t believe this,” said Richard. “We’ve got to work with that k— for the rest of the year.”

Edited extracts from Life to the Limit by Jenson Button which is published by Blink (£20).”